(Summary description)Standard fasteners are divided into twelve categories, the selection of fasteners according to the use of the occasion and its use function to determine.

Information
Standard fasteners are divided into twelve categories, the selection of fasteners according to the use of the occasion and its use function to determine.

1. Bolts: Bolt remanufacturing is widely used in detachable connections, generally with the nut (usually plus a washer or two washers) matching use.

2. nuts: nuts and bolts are used together.

3. Screws: Screws are usually used alone (sometimes with gaskets), generally to tighten or tighten, should be screwed into the body's internal thread.

4. Bolts: Bolts are often used to connect one of the connectors thickness, need to use compact structure or because of frequent disassembly and not suitable for bolted connection. The stud is generally with threads at both ends (single-ended stud with threads at one end), usually one thread is firmly screwed into the parts body, the other end matches the nut, plays a connecting and fastening role, but also has a fixed distance role to a large extent.

5. wood screws: wood screws are used to screw in wood for connection or fastening.

Pins: Pins are usually used for positioning, for connecting or locking parts, and for overload shearing in safety devices.

10. rivet: one end of the rivet has a head, and the rod has no thread. When in use, the rod part is inserted into the hole of the connecting part, and then the end of the rod is riveted tightly to play a connecting or fastening role.

11. connect the vice connections, that is the combination of screws or bolts or self tapping screws and washers. When the washer is mounted on the screw, it must be free to rotate on the screws (or bolts) without falling off. It mainly acts as fastening or tightening.

12. other main contents include welding nails and so on.

Considering the working efficiency of machining and assembling, the fasteners should be used as few as possible in the same machinery or engineering.

(2)Second, from economic considerations, priority should be given to the variety of fasteners.

A) general purpose bolts: there are many varieties, including six horns and square heads. Hexagonal head bolts are commonly used. They are classified into A, B, C and other product grades according to manufacturing accuracy and product quality. A and B are used more frequently. They are mainly used in important, high assembly accuracy and places subject to greater impact, vibration or variable load. Hexagonal head bolts can be divided into hexagonal head and large hexagonal head according to the size of the head supporting area and installation position size; head or screw with holes for the use of locking needs. The square head of the square head bolt has a larger size and a force surface, which is convenient for the wrench to clamp or rely on other parts to stop rotation. It is often used in rough structure, and sometimes also used in T-groove, so that the bolt can be loosened and adjusted in the groove. See GB8, GB5780 ~ 5790, etc.

B) Bolts for reaming holes: when used, the bolts are tightly inserted into the reaming holes to prevent the workpiece from dislocation, see GB27, etc.

D) bolts for special purposes: including T groove bolts, live bolts and anchor bolts. T-groove bolts are often used in places where connections need to be removed; anchor bolts are used to fix the frame or motor base in cement foundation. See GB798, GB799, etc.

A) general purpose nut: many varieties, including six angle nuts, square nuts and so on. Hexagonal nuts with hexagonal bolts are widely used, according to manufacturing accuracy and product quality is divided into A, B, C grade and other products. Hexagonal thin nuts are used as auxiliary nuts in anti-loosening devices for locking purposes or in places where shear forces are required for threaded connections. The six corner thick nuts are mostly used for frequent dismantling connections. The square nut is matched with the square head bolt. The spanner is stuck and is not easy to slide. It is used for rough and simple structure. See GB41, GB6170 ~ 6177, etc.

B) slotted nut: mainly refers to the six angle slotted nut, that is, processing the groove above the six angle nut. It is used in conjunction with bolts with holes in the screw and opening pins to prevent the relative rotation of bolts and nuts. See GB6178-6181, etc.

C) Lock nut: refers to the nut with locking function, with nylon insert hexagonal lock nut and all-metal hexagonal lock nut. Hexagonal nylon ring locking nut has very reliable anti-loosening ability, in the use of temperature - 60 ~ + 100 C and a certain medium conditions, with no damage to bolts and connectors and can be loaded and unloaded frequently. See GB889, GB6182 ~ 6187, etc.

D) nuts for special purposes: butterfly nut, cover nut, knurled nut and embedded nut. Butterfly nuts are usually disassembled and assembled without tools, and are usually used in areas that need to be removed frequently and where little force is applied; cap nuts are used in areas where the end bolts require a cover. See GB62, GB63, GB802, GB923, GB806, GB807, GB809 and so on.

A) machine screws: they are divided into many varieties because of their different head shape and groove shape. Head type has cylindrical head, plate head, sinking head and semi-sinking head several kinds, head groove general groove (one word groove), cross groove and inner hexagonal groove three kinds. The cross groove screw has good alignment, the head strength is bigger than the word groove, and it is not easy to be screwed, so it is usually used in mass production. The hexagonal screw and the hexagonal flower-shaped screw can exert greater tightening torque, and the connection strength is high. The head can be embedded in the body, which is used at the joint where the structure is compact and the shape is smooth. See GB65, GB67 ~ 69 and GB818 ~ 820;

B) Tightening screws: tightening screws are used for fixing parts in relative positions, with a slotted head, hexagonal head and square head type. The square head can exert a large tightening torque, and has a large top tightening force. It is not easy to be tightened and bald, but the head is too large to be buried in the parts, and is not safe, especially in the moving parts. The one with six grooves and one inside is easy to sink into the parts. The tightening screw end according to the use of different requirements, commonly used cone end, flat end, cylindrical end of three. The taper end is suitable for parts with low hardness; when using pointless taper end screws, holes should be made on the top of the part, and the cone face should be pressed on the edge of the hole. The screw with flat end has large contact area and does not damage the surface of the part after pressing. It is used for pressing the harder plane or adjusting the position frequently. Screws with cylindrical ends do not damage the surface of parts. They are often used to fix parts on tube shafts (thin-walled parts). The holes in the shaft jacked into the cylindrical end can transfer large loads by shear resistance of the cylindrical end. See GB71, GB73 ~ 75, GB77 ~ 78, etc.

C) Hexagonal screw: Hexagonal screw is suitable for small installation space or screw head needs to be embedded in the occasion, see GB70, GB6190-6191 and GB2672-2674;

A) unequal length double-headed stud: suitable for the occasion where one end is screwed into the part body for connection or fastening, see GB897-900;

B) equal length stud stud: suitable for connecting ends or nuts to connect or fixed distance. See GB901, GB953 and so on.

They are divided into many varieties due to different shapes of head and groove. Head type has round head, countersunk head, semi-countersunk head and so on several kinds, head groove for slotting (one word groove) and cross groove two kinds, see GB99-101, GB950-952.

B) Self-tapping locking screw: the screw thread conforms to the common metric thick thread, suitable for use in vibration-resistant occasions, see GB6560-6564.

D) oblique washer: oblique washer can be used in order to fit the slope of working supporting surface. The square inclined washer is used to smooth the inclined surface such as channel steel and I-beam flange, so that the supporting surface of the nut is perpendicular to the nail rod, so as to avoid bending force on the screw when the nut is tightened. See GB852 to 853.

C) Locking ring for shaft parts: a retaining ring that is locked with a cone pin and bolted, mainly used to prevent axial movement of shaft parts. See GB883 to 892.

B) Tapered pin: Tapered pin with a 1:50 taper, easy to install the eye, but also to ensure self-locking, generally used as positioning elements and connecting elements, often used in places requiring frequent removal. Internal thread conical pin and screw tail cone pin are used for holes without holes or for holes in pins that are difficult to pin out. The open end taper pin is inserted into the hole, and the rear end can be opened to prevent the pin itself from sliding out of the hole. See GB117 to 118, GB881 and GB877.

Cylindrical pins and pin holes of various conical pins are generally machined by reaming. After repeated assembly and disassembly, the positioning accuracy and the fastening of the connection will be reduced, and only a small load can be transmitted. The elastic cylindrical pin itself has elasticity, keeps tension in the hole, is not easy to loose, is easy to disassemble, and does not affect the matching nature, pin hole does not need to be hinged. The pin and pin are used for hinge connection.

C) Opening pin: Opening pin is the anti-loosening device that connects the machine parts. When used, it is penetrated into the pin holes of nuts, bolts with pin holes or other connectors, and then the feet are separated. See GB91. 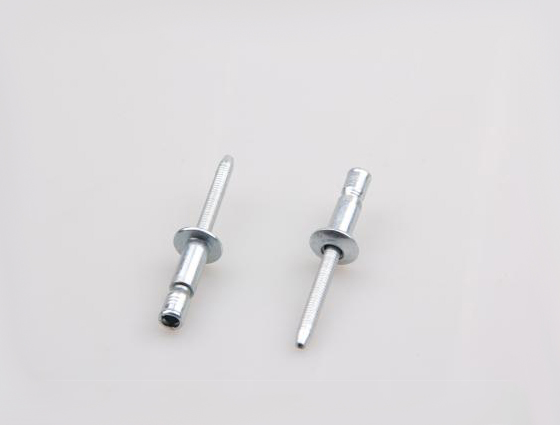 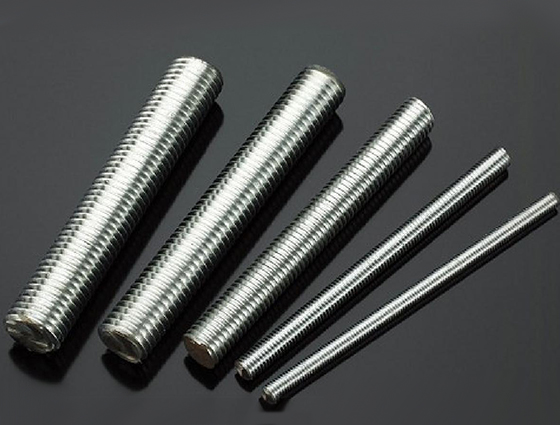 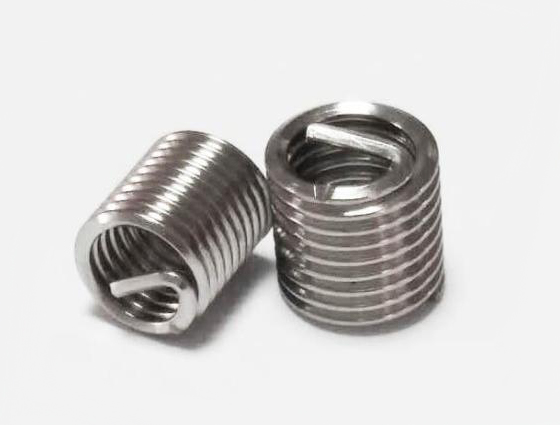